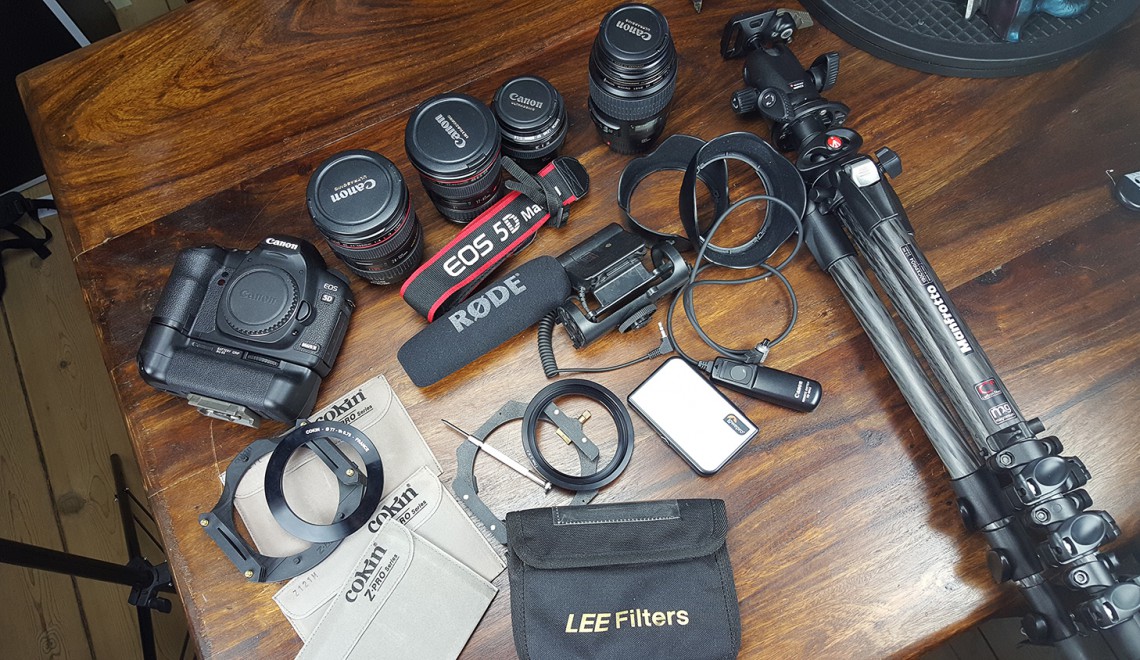 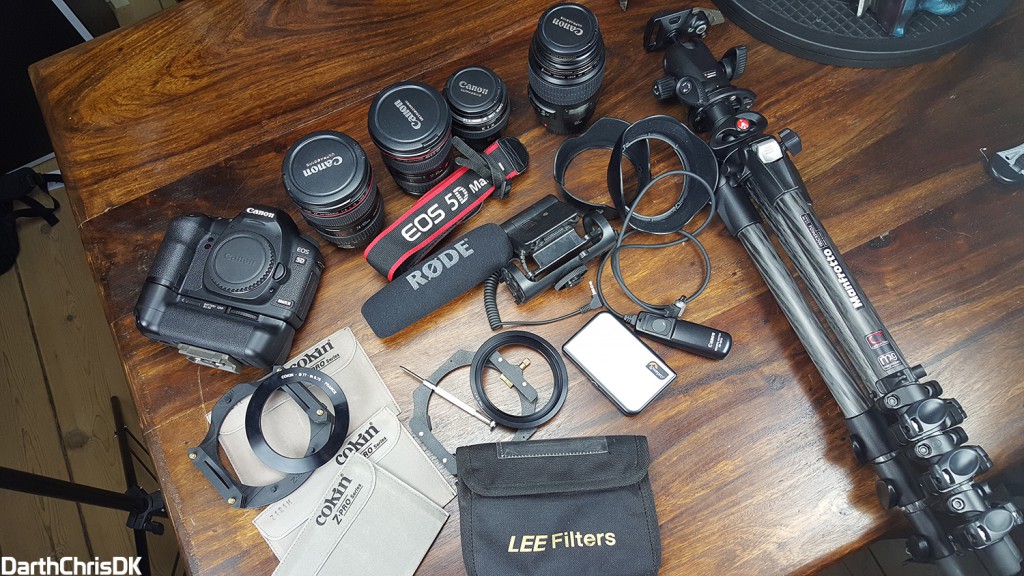 I’ve owned several different camera bodies over the course of time. I started with a Canon EOS 400D (Rebel XTi) entry-level camera. I then replaced it with a Canon EOS 7D, but I shortly after decided to upgrade to full-frame instead, and I got the 5D Mark II, which I’ve been using for the last 4-5 years. I won’t go into too much detail about the differences between crop sensors and full-frame sensor. That’s a story for another day. 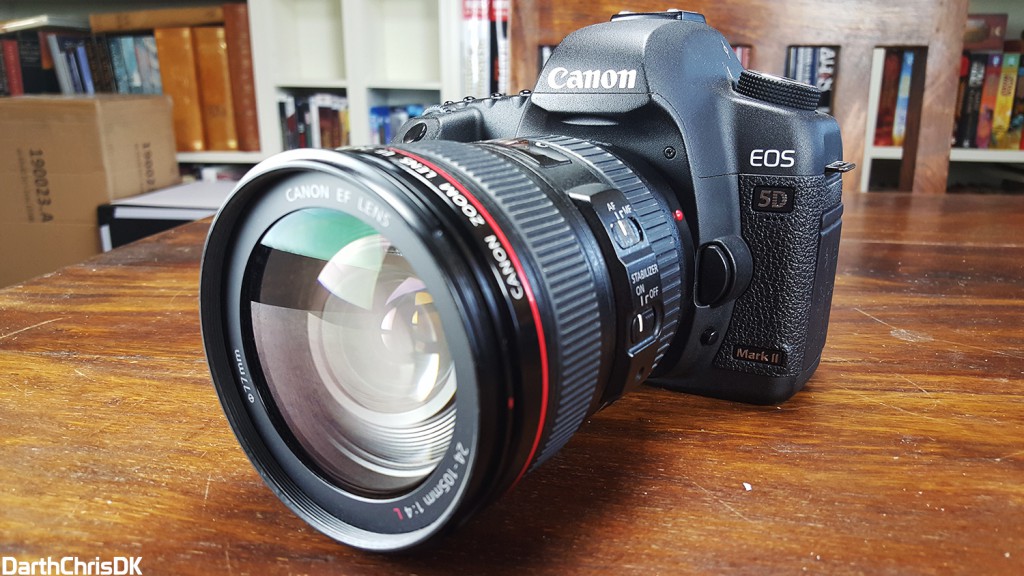 I have a reasonable selection of lenses, and most of them I have obtained after jumping to full-frame. Prior to this, I also had a Canon EF-S 10-22mm USM, but I replaced that with my 17-40mm f/4L – they are more or less similar in terms of angle. I like to have a lens for every situation, and also ones that offer unique creative options. I find myself using my 24-105mm f/4L almost always, but I do vary between my 50mm prime, my macro and my ultra wide angle. It all comes down to the situation I am in, and what I would like to express on the photo. I’d like to add a 70-200mm f/2.8L to the line-up, but right now, I don’t see when and why I’d really need it. But it is definitely something I’d like to add anyways – some day. 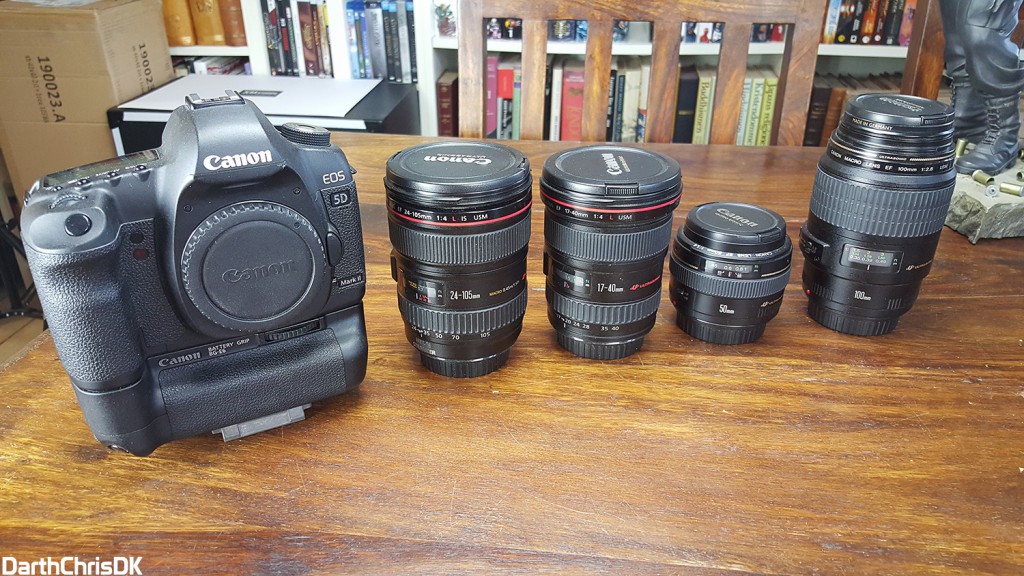 A tripod is one of the most important tools, in my opinion. Especially when taking photos of still objects. I have a lightweight carbon tripod with three sections on each pod. This makes it possible to adjust the tripod in basically all thinkable heights, within its range. There’s a center bar as well, which can be extended so that tripod is even taller, and it can also be adjusted as a crossbar so I can use the tripod extremely close to the ground. It’s a very versatile tool, and it makes it much easier to take sharp photos in low-light situations. I therefore highly recommend that you add one of these to your toolbox.

I have a ball-head mounted on the tripod, which makes it possible to lock the camera in countless unique ways for more creative angles. It features a quick-release plate, which is also very useful. It can be seen underneath the batter grip on the picture above. 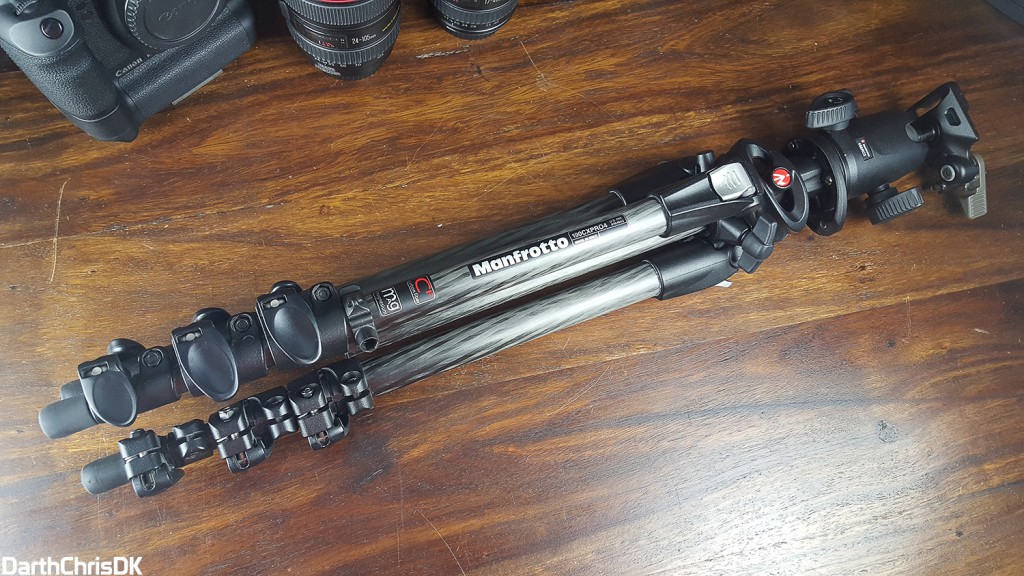 I pack all my gear in a Lowepro Flipside 400AW. It can contain pretty much all of my gear, but that’s also about it. So, if I were to upgrade, with a new camera body or a telephoto lens, I’d need a new bag. I’ll worry about that once I get there. 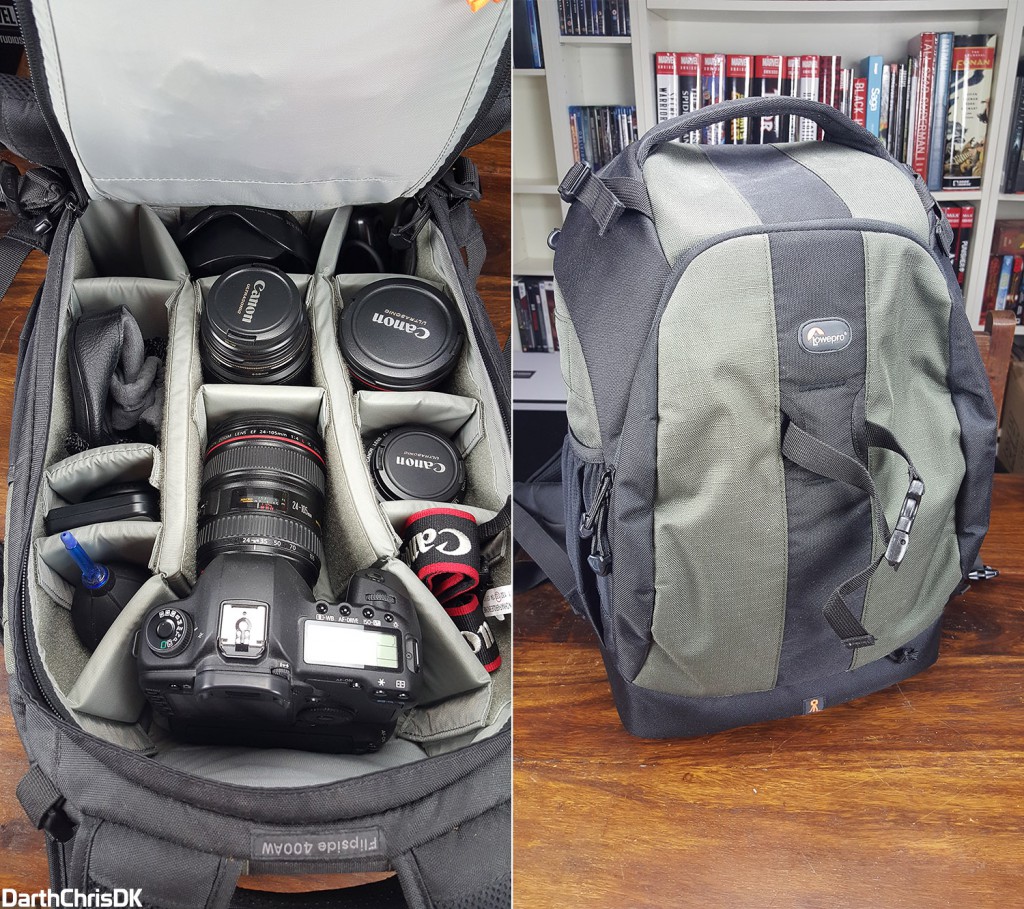 Let’s not forget to talk about lighting. This is definitely one of the most important aspects of shooting good photos. I’ve been using two umbrellas on stands for a long time. Each has a light bulb shooting out neutral light ~ 5500-5600 Kelvin. I’ve since added three softboxes that will be my main source of lighting in the future. Two on the sides and one from above. I plan on doing more articles and guides in the future on the topic of shooting pictures and recording video. Therefore, I won’t go into too much detail about that here since this is more about sharing what equipment I use. 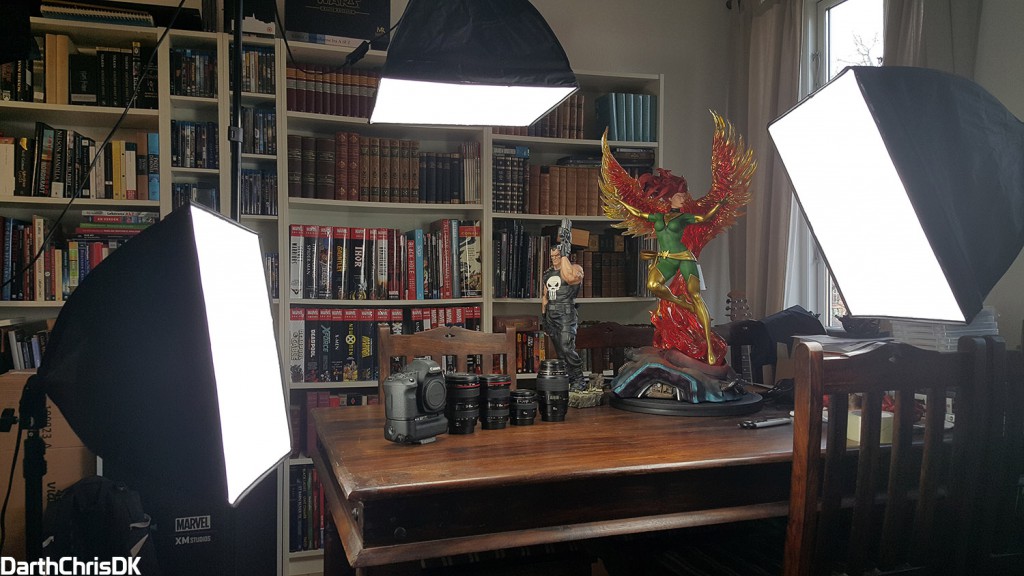 That’s about it, I think. In the future, I plan to upgrade my camera to a newer model. I think I’ll keep my 5D Mark II as back-up or secondary. Rumour has it that the 5D Mark IV will be out sometime next year, and I think that will be my next camera.

Thanks a lot for reading. If you have any questions let me know.

PS. Ironically, all photos in this article were taken with a phone camera – Samsung Galaxy S6. I think it did an OK job. Couldn’t really use my camera, for obvious reasons. 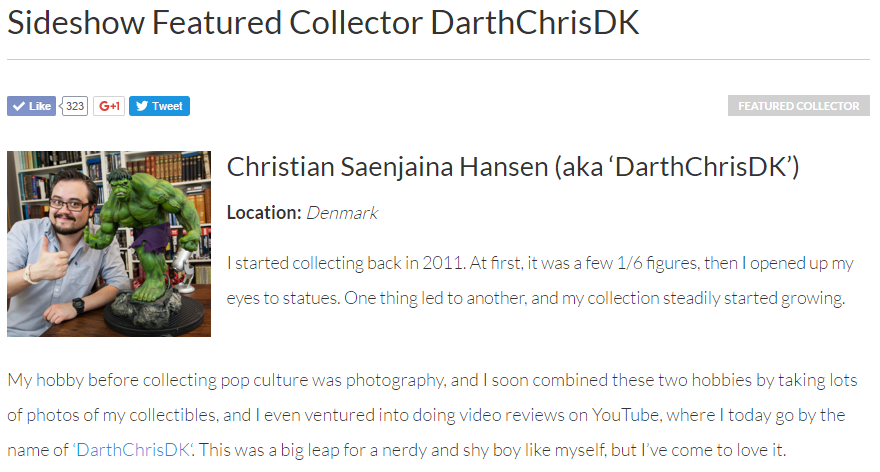 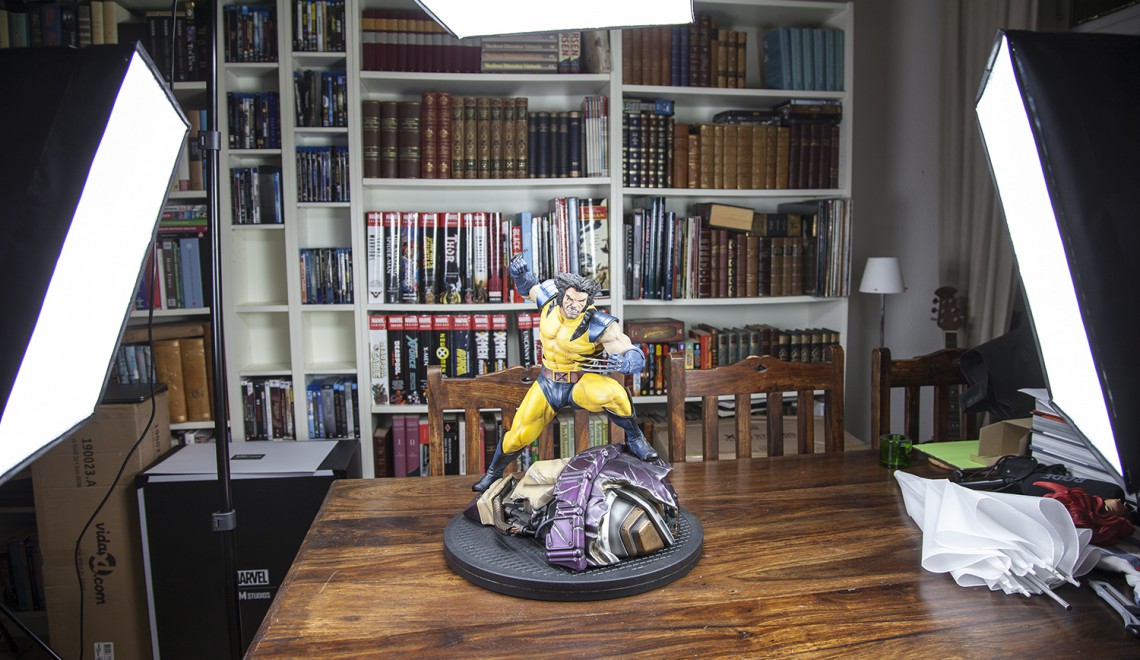