New Teaser From The World Of Bathos

Finally we have something new to share from the exciting world of Bounties of Bathos. I’ve featured this universe previously, and now there’s news.

Sorrow is the name of the next character to be revealed by HMO Collectibles, and the team behind Bathos, and she looks like she could be quite amazing. 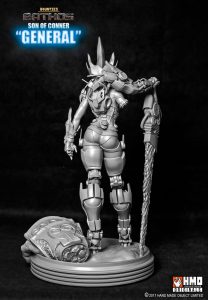 From the announcement, it will feature:

Other than this awesome teaser, the creators informed that the first book featuring the story of Bathos is due to be released by the end of May 2017.

Sorrow belongs to the Sons of Conner, and she is soon to be followed by two other character reveals – those of Necrosis and Jaegur. It shouldn’t be long before we are allowed a glimpse of those as well.

This line of statues looks extremely promising. It features incredibly detailed character concepts that pushes the bar up on the 1/4 scale statue format in general. I’m dying to see more. I can’t wait!