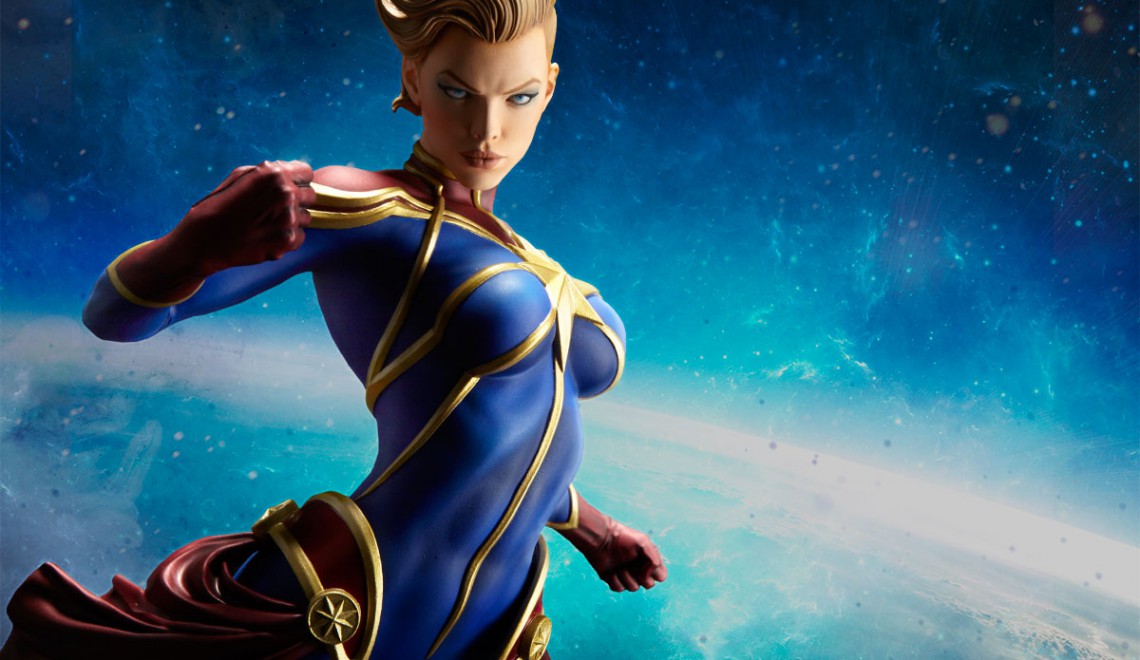 Sideshow Collectibles has revealed their coming Captain Marvel Premium Format™ Figure and I will now give my initial thoughts on this piece based on the material currently available. This should not be considered a review, but rather as my first impression of the piece.

With the upcoming Captain Marvel Premium Format, Sideshow Collectibles once again show their mastery of sculpting human anatomy and convincing portraits. This time around, the sculpting is done by Guillermo Barbiero, Justice Joseph and Alfred Paredes. Who exactly did what is unclear, but what is certain is that they achieved something quite remarkable here. The prototype, as seen on all photos used in this writing, is skillfully painted by the very talented Jeff Camp, and in collaboration with renowned Sideshow painter, Kat Sapene. They did a magnificent job in making the sculpt of this statue come to life. 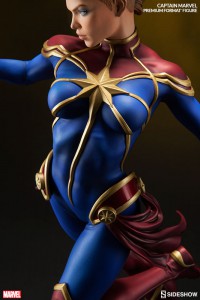 The sculpt seems flawless to me. It has subtle muscle definitions around her body. The details of her suit look great, and it’s unusual to see this level of detail in the design of a superhero suit, but I suppose that is the latest trend with Marvel NOW! etc. In any case, it looks incredible.

What really is the main selling point of this piece, is the overall concept and design of this piece, and credit must be given to the entire design team: Alex Pascenko, Stjepan Sejic, Zac Roane, Ian MacDonald and Keith Kopinski… and now this write-up is starting to sound more and more like a Golden Globe award-speech. So let’s get back to it!

The suit just looks so incredibly streamlined and refreshing. The lack of an actual visible waist-line (e.g. belt or girdle) makes it appear very unique, and this makes the blue undersuit lend itself even more to her female form, and at the same time gives her a very militaristic appearance. I believe Sideshow also described this suit as an actual flight-suit. 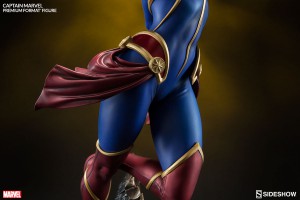 Additionally, the pieces of cloth hanging from her hips gives the design a classic and regal look, which is further emphasized by the complimentary royal colors.

Her regular portrait is an umasked one, and the expression is perfect. The unusual, but trendy hairstyle is also very refreshing to behold. I must admit, I’m a sucker for those side-cuts. The exclusive, helmeted portrait, makes her look more like a soldier, and this obviously goes well with the character’s background. It seems to be somewhat inspired by classical Roman aesthetics, which enforces the soldier (“centurion”) aspect even more. I find that the exclusive head is a very strong offering, and I definitely think it’s worth getting since it so drastically changes the entire appearance and feel of the statue. 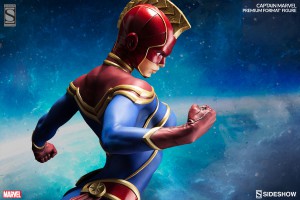 Similar to the recently announced Dark Phoenix Premium Format (that I covered here) we have a symmetrical and balanced pose when looking at the statue from the front, but as soon as you look at it from either of the sides, you see how she is leaning forward, in a dynamic pose. Her body and physique really stands out in this pose, and it manages to communicate both power and elegance. It’s probably not the most inspiring or creative pose, but it works well with this design, and if it looks good… then it looks good. 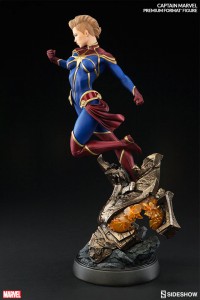 There are some very nice details to the base. According to the description she is “soaring over the conquered remains of a Brood spaceship”. So that’s basically what’s going on with the base. The metallic paints and the amber looks very nice, and adds a nice contrast to Captain Marvel. Other than that we have the typical rocky surface below, and some standard base at the very bottom that is, however, less pronounced than that of Dark Phoenix Premium Format. From the pictures, it’s difficult to get a real sense of the size of the base, but I think it’s actually both bigger and taller than you’d expect. Keep in mind that this is a quarter scale statue. So, it’s going to be rather tall, it would seem.

I actually think that the base is really cool. It has theme and it adds atmosphere. They could have gone with any number of less inspired and interesting bases, but this seems to be none of those.

I find this statue to be a refreshing and very interesting release by Sideshow Collectibles. It’s new and it’s trendy. It seems to be a very solid statue in all aspects, and I definitely feel that this is something that Sideshow should be proud of. The character design is the main selling point here, and the beautiful color combinations makes her stand out.

To me, this piece kind of came out of nowhere. I almost lost my breath for a short moment when I first cast my eyes on this piece, and I was extremely intrigued, and wanted to see more. The photos that followed the teaser definitely fulfilled my expectation and excitement.

I am not too familiar with the character of Ms Marvel/Captain Marvel, but a movie is coming about this superheroine, and this piece makes me very interested. Will I be getting this piece? If you had to ask me this very question in this very moment, as I am writing this, I am leaning towards a “YES”. With the limited space at my disposal, however, and the long waiting time for this piece to be released, many things might change. We don’t know what Sideshow and other companies have in store for us in 2016, and the way they are starting out 2016… I think we can expect great things. 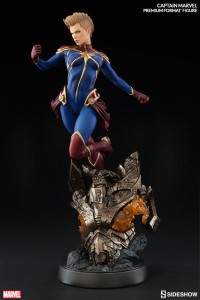 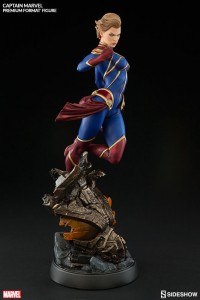 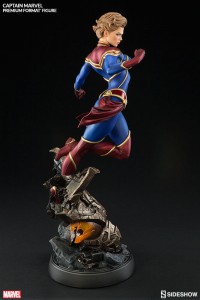 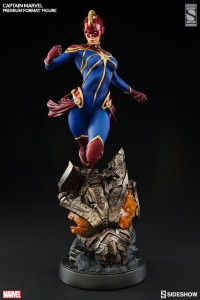 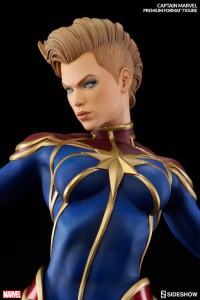 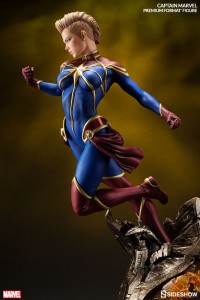