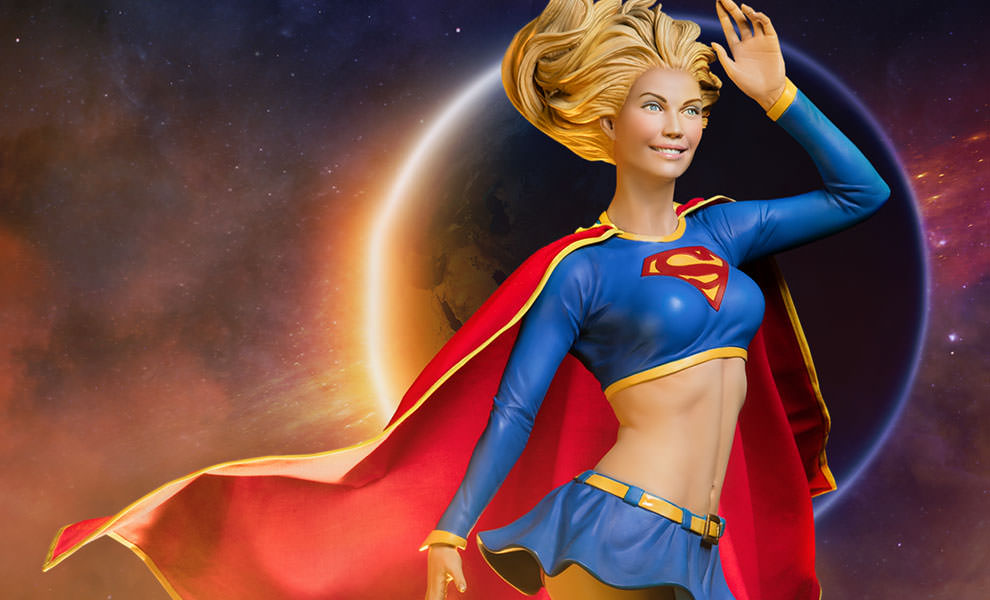 Sideshow Collectibles has revealed their coming Supergirl Premium Format Figure and I will now give my initial thoughts on this piece based on the material currently available. This should not be considered a review, but rather as my first impression of the piece. 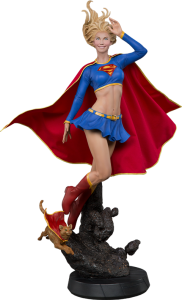 Kara Zor-El aka Supergirl finds her way to the Premium Format Figure line of statues from Sideshow Collectibles. But just how super is this statue? Well, let’s have a closer look!

I have to admit. I am a bit torn when it comes to the sculpt. Instead of beating around the bush, let’s just get right to it.

I like the design of her suit and the sculpt of her torso and legs. There are some nice details that really make her look realistic.

I don’t like the portrait and the fabric cape (and the pose, the ex and the base, but we’ll get to that!).

(Phew, so I guess you already know where this is headed…)

Now, I am not entirely sure, but I do believe that the portrait has undergone some changes since this statue was first teased at SDCC, last year. While I can admire the effort, I must say that I am not that impressed with the final result. It seems like the idea is to capture the warm-hearted and light-spirited personality of Kara. 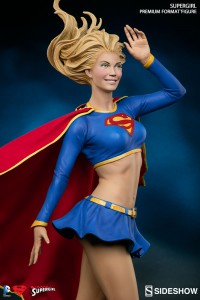 However, I can’t help but feel that the expression of her smile is lifeless, and honestly, she almost looks like a wax figure. Her gaze seems distant, as if she’s looking past me. In all honesty, I think the photos are also in part to blame here. I think it’s crucial to have at least one photo where she is looking straight at the camera in order to really land that smile. On every single photo of her, she is simply smiling into the abyss, and I think that makes her look a bit more lifeless – like that wax figure I was talking about. 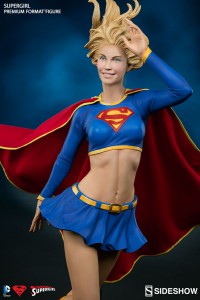 You might be wondering why I am so pre-occupied with that smile. Well, the smile is important. It’s different. At least in comparison to other Premium Formats out there. Sure, we’ve seen many other statues convey an emotion, but the emotional spectra often only spans between dead serious to seriously pissed off. When Supergirl is smiling, however, I feel she is breaking the fourth wall and actually smiling directly at me. You know, like when Christopher Reeve smiles directly at you in Superman (1978). 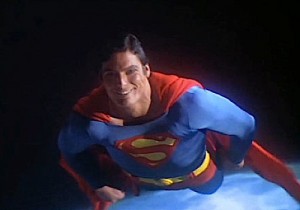 But imagine if Christopher Reeve was looking just past the camera as he was smiling.

Obviously, this being a statue, you’d have to be standing in a very particular angle in order for her to “smile directly at you”. That’s hard to argue. My point is, though, that none of the photos shown of this statue have her smiling directly into the camera, and that somehow makes the expression harder to swallow. 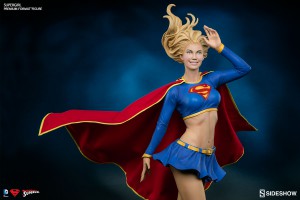 The expression of the portrait is further emphasized by the pose of the statue. I’m not really sure if she is simply waving or actually saluting. According to the description of the statue, she is floating high above Earth’s atmosphere. Who knows, maybe she just sucker-punched a nuclear missile into the Sun, and she’s smiling into a camera feed for NASA giving them the A-OK. I don’t know!

I don’t think this pose is the best fit for a Premium Format that obviously seeks to portray realism. This statue actually seems to sport an almost pin-up-styled pose. I think this would have looked better on a comiquette-styled statue, with a more stylized sculpt.

The exclusive for this statue is Streaky, the Supercat. Do I find this to be a must-have? No. 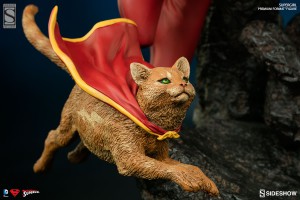 I guess it is supposed to look like an asteroid. It would make sense since she is, as mentioned, floating high above Earth’s atmosphere. I don’t really have that much to say about it. It’s kind of boring. The smaller rocks are cleverly placed to imitate free-floating objects, but they all look pretty bland and not very interesting. On the very bottom we have the mandatory futuristic display base that doesn’t really look like anything, but probably only serves to add extra weight to the bottom of the piece. It’s a bit uninspired with these techy attachments. If the purpose was to add extra weight to the bottom, this could’ve been done in several more meaningful ways – the most simple of which would be to enlarge the asteroid. 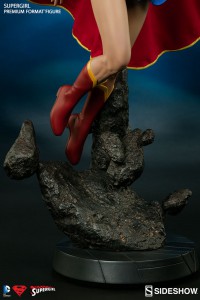 I can’t shake the feeling that this statue would have been such a cool comiquette. I mean, make it a more stylized and less realistic looking statue, and make it fully sculpted and this could have been a winner, in my eyes. The “almost” pin-up pose looks odd in the Premium Format line, and the fabric cape also doesn’t do this piece any favors. I’m really not a fan of the fabric capes that are difficult to pose in a proper way so that they look cool. It just looks awkward. Superman and Batman Premium Format had fully sculpted capes, and they look really impressive. I could imagine, though, that a sculpted cape would have been too big a mouthful for the tiny base of this statue.

I love the character of Supergirl, and I honestly don’t think this statue does her proper justice. I appreciate the attempt and the idea behind this, but for the first Premium Format Figure of this character, I would have preferred something a bit cooler and more serious. 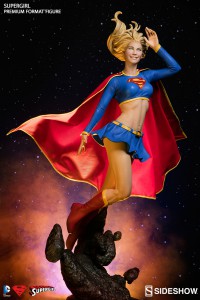 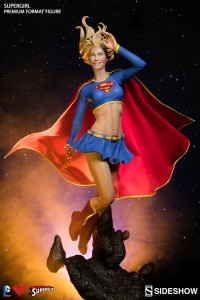 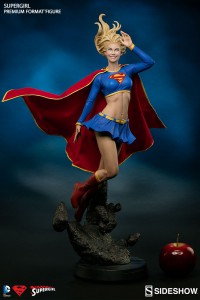 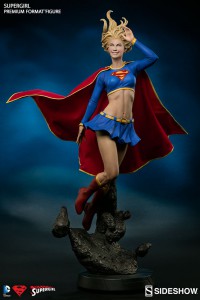 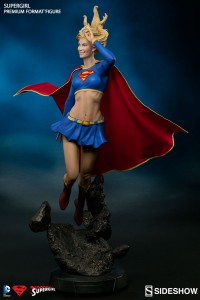 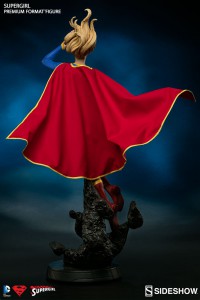 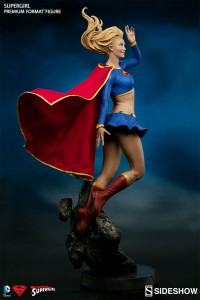 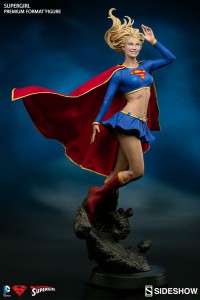 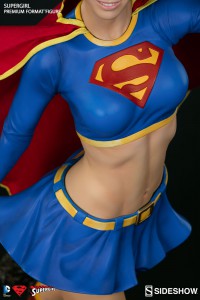 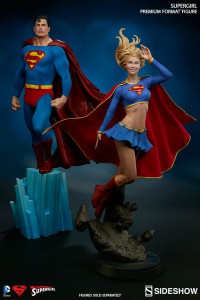