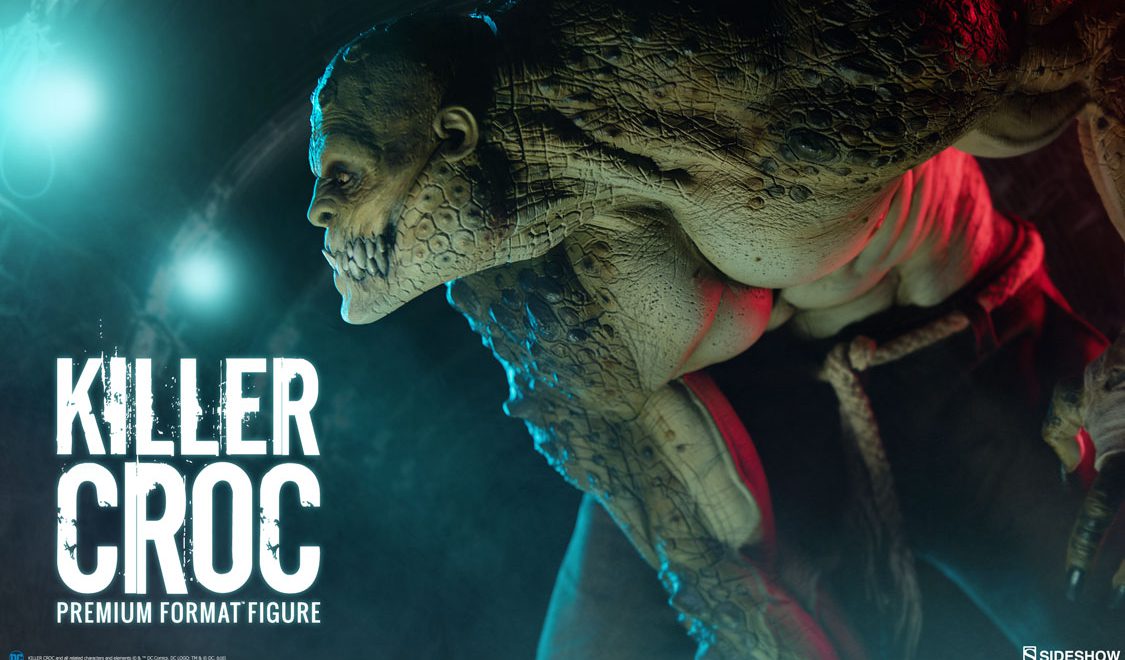 Sideshow Collectibles posted a video, a few days ago, in which the lovely Susan presented some new statues that we can expect to see at this year’s SDCC. The Killer Croc Premium Format Figure is one of these statues.

Today their blog was finally updated to include a teaser for this piece that comes with the following tag line:

Someone, or something, is lurking in the sewers of Gotham City. The Killer Croc Premium Format™ Figure is coming soon to Sideshow. Fans of DC Comics and Batman will have an opportunity to add him to their collection.

It surely looks like an amazing statue. It’s really huge, highly detailed, and Killer Croc simply looks terrifying – just as he should.

She also showed some other cool pieces, including the upcoming Jango Fett and Gamora Premium Format. It’s been several years since the Jango Fett Premium Format was originally announced and it’s great to see that he is actually still being worked on. He is actully very reminiscent of the recent Boba Fett Premium Format. At least in terms of design and pose. Personally, I’d have preferred a more museum-like pose.

Check out some screenshots below, and if you want to hear all of what Susan had to say, check out the video below.