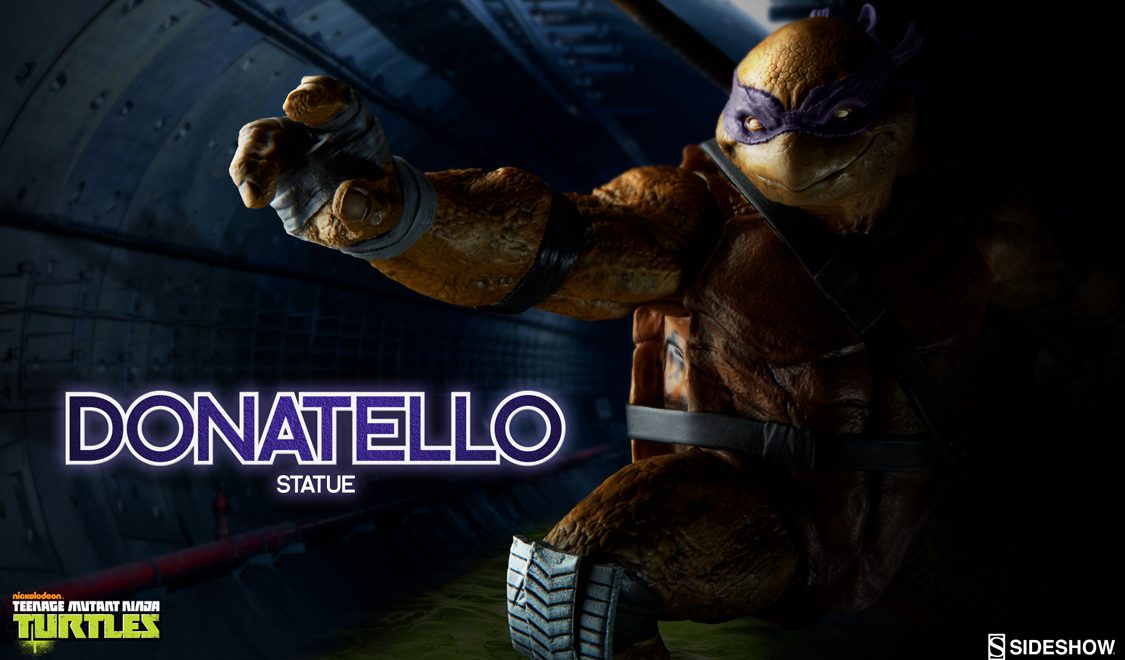 Today, Sideshow Collectibles did not fail us either. They announced their next statue in the completely new line of Teenage Mutant Ninja Turtles statues: Donatello!

This is the second turtle to be shown by Sideshow. The first one was Leonardo, which is actually available for pre-order already at the price of $349.99. I’ll throw a link at the bottom of this post, in case you are curious to see more.

TEENAGE MUTANT NINJA TURTLES…TURTLE POWER! Another hero in a half shell is coming to Sideshow and fans will have an opportunity to acquire the new Donatello Statue. Donny, the smart and tech-savvy turtle is coming soon to a sewer near you.

I’m admittedly not the biggest TMNT fan, but I think this version of them is kind of cool. It’s an entirely new and more rough looking version of them. I think I even like these more than the ones from the new movie(s). These statues will be somewhat small. I’d wager them to around 1/6 in scale based on the photos, but it’s really difficult to tell. They just seem even smaller than 1/5 in my eyes. I guess that’s a good thing since I reckon most collectors, who are in to these bad boys are looking to obtain all of them, and have them displayed together. So it helps a lot, if they are of a relatively small scale and don’t take up an unreasonably amount of space.

Maybe we will get to see the entire line-up at this year’s SDCC! Who knows! That would be pretty cool, though. 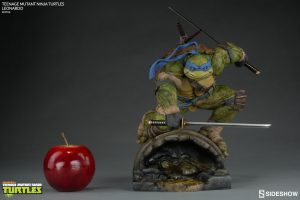 Oh, and the entire line of these TMNT statues will be inspired by the artwork of Paolo Rivera. Sideshow actually offered prints of the this piece on their site, but it seems to be already sold out. It does look pretty awesome! 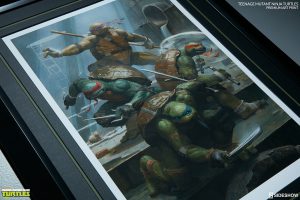